The primary process through which cryptocurrency is created is called mining, and one of the world’s most influential countries is… 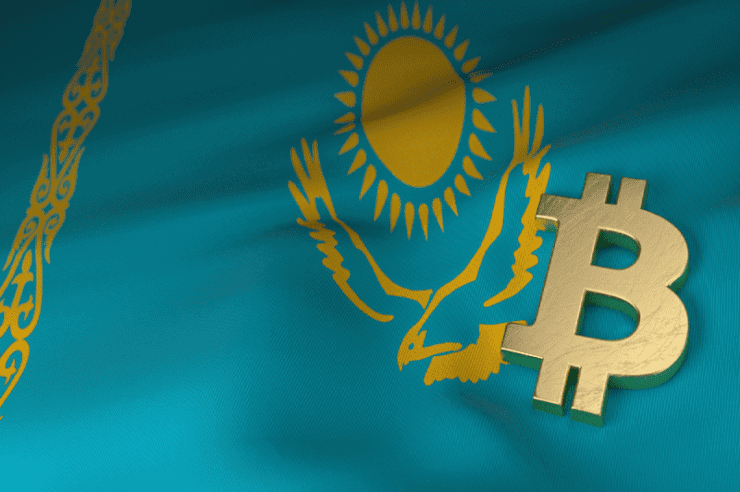 The primary process through which cryptocurrency is created is called mining, and one of the world’s most influential countries is facing power outages because of it. Kazakhstan is one of the most critical countries globally but still is facing a lot of crises. The major crisis with which the country is dealing is electricity, and now, it is importing electricity from Russia. However, Russia is charging very high prices for the electricity it is providing to Kazakhstan, and still, the country cannot complete its request or demand. Also, recently, three major power plants in Kazakhstan were down because of an emergency in October, which led to further outrage. The main reason behind this is that cryptocurrency mining is carried out in different countries.

There is a limited supply of 21 million bitcoins globally, and still, people are not very careful about it. Around 16.7 bitcoin million bitcoins have been created to date, and the limit is expected to be exhausted by 2140. 12.5 new bitcoins are released every 10 minutes by a mining process, which is why Kazakhstan faces significant power outages. Global network computers compete to solve the complex algorithms to get bitcoin as a reward in this process. Before cryptocurrency mining came to Kazakhstan, the power increase was just 1 to 2% every year consecutively. However, this year, the power demand increased by 8% massively, which led to a power shortage in Kazakhstan. Because of this, the country has to import electricity from some other nation, costing a lot and degrading the country’s financial health.

The import of electricity from Russia was not carried out just recently, but it has been done for about a year now. However, recently, three major power plants were down, leading to a major power crisis. The main reason is cryptocurrency mining that is carried on at a considerable level in the country. Therefore, Kazakhstan has to pay very high tariffs to Russia to meet its demand, and the significant population does not have to suffer. However, the country’s consecutive increasing demand for electricity will certainly not meet the levels. Also, the government is about to stop cryptocurrency mining operations from dealing with the major crisis that the country is facing at this point.

According to a member of the lower house of Kazakhstan’s parliament, there will be new regulatory requirements and criteria for the industry of cryptocurrency mining. They will have to follow the rules and regulations set by the government to meet their requirements and provide them with the sufficient amount of electricity they need. Get started to know about the right platform to earn bitcoins. As of data available on the internet, China is the centre for cryptocurrency mining firms. It is because earlier, they had a lot of cheap electricity. However, now things have changed drastically. China has imposed high charges on the firms which are dealing in cryptocurrency mining. On the contrary, now, Kazakhstan has been a favourable location for cryptocurrency mining firms. As a result, some of the large firms shifting from China took residence in Kazakhstan, leading to the boost and economy. Also, the main reason behind shifting to Kazakhstan is its accessibility of more electricity at cheaper rates.

Elora is PR and Outreach Manager at Crunchoid Inc. Outside of work, Elora enjoys Flywheel, tacos, the tennis, and adventuring around the globe.

Elora is PR and Outreach Manager at Crunchoid Inc. Outside of work, Elora enjoys Flywheel, tacos, the tennis, and adventuring around the globe.

Advantages And Disadvantages of A HART communicator

Solved: A critical software update is required for your mac but an error was encountered

A Quick Guide to Investing in DeFi

What are Dynamic Study Modules?

A Quick Guide to Investing in DeFi

How Web 3.0 Will Change the Digital World

We use cookies on our website to give you the most relevant experience by remembering your preferences and repeat visits. By clicking “Accept”, you consent to the use of ALL the cookies.
Cookie settingsACCEPT
Manage consent

This website uses cookies to improve your experience while you navigate through the website. Out of these, the cookies that are categorized as necessary are stored on your browser as they are essential for the working of basic functionalities of the website. We also use third-party cookies that help us analyze and understand how you use this website. These cookies will be stored in your browser only with your consent. You also have the option to opt-out of these cookies. But opting out of some of these cookies may affect your browsing experience.
Necessary Always Enabled
Necessary cookies are absolutely essential for the website to function properly. These cookies ensure basic functionalities and security features of the website, anonymously.
Functional
Functional cookies help to perform certain functionalities like sharing the content of the website on social media platforms, collect feedbacks, and other third-party features.
Performance
Performance cookies are used to understand and analyze the key performance indexes of the website which helps in delivering a better user experience for the visitors.
Analytics
Analytical cookies are used to understand how visitors interact with the website. These cookies help provide information on metrics the number of visitors, bounce rate, traffic source, etc.
Advertisement
Advertisement cookies are used to provide visitors with relevant ads and marketing campaigns. These cookies track visitors across websites and collect information to provide customized ads.
Others
Other uncategorized cookies are those that are being analyzed and have not been classified into a category as yet.
SAVE & ACCEPT